← more from
The SpitSLAM Record Label Group
Get fresh music recommendations delivered to your inbox every Friday.

by Chuck D as Mistachuck 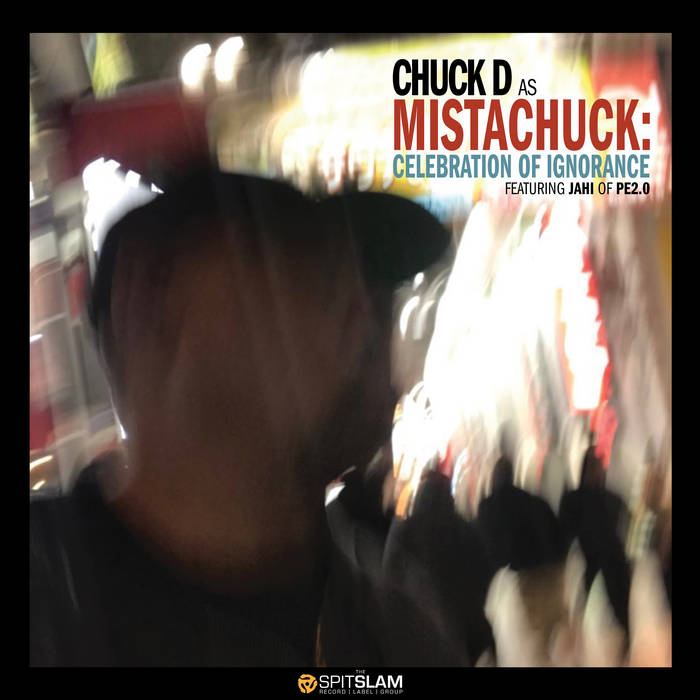 I’m locked in a certain era. So what? It feels good. I over-stand that styles change but the sound remains. Although I support the entire journey of Hip Hop from 1973 up to this very minute, the breath of fresh air I enjoy is the freedom of creating songs with no time constraint.
Hip Hop is new Blues of now and I make songs based on what I see and hear while staying quiet. Celebration of Ignorance breaks a silence of this time. It’s also a salute to independence alongside my long time collaborators, David "C-Doc" Snyder and Jahi of P.E. 2.0 AKA Project Experience Millennium. I totally believe that as artists you should try to evolve, but there's no greater testament to throwback than the first song, Tiredof45 12.30.84 Dunk Mix. That song salutes LeBron James and smacks Trump. Dueled up with Jahi, a main fixture on the SpitSlam Record Label Group, who has crafted four spectacular albums for the label. His co-writing along with The C-DOC song mix takes us to the mid 80s for real.
He continues to spit further into the album where the next song BOT is the current the battle of machines and human beings. Cavemanic totally can talk to the MeToo Movement where testosterone is truly a test. MutterERT speaks on world climate crime, Blacknificent on greatness, freedBLACK on independence. The visuals are soon to be seen alongside added voice and mind of these songs.
Ain't No is a skull to skull defying get down needed with the aggressive defense against these times. Put together by my co-Prophets of Rage partner I call the hardest groove Bassist in Rock, Timmy Commerford, and his Wakrat partners Mathias Wakrat & Laurent Grangeon, I'm honored to have this song on this record. It was a ball watching them overnight on the 2016 Make America Rage Again Tour. They are something to see. sPEak On It! was a redo-extension of the song sPEak! from the PE Album Nothing is Quick In The Desert which is to be released with additions in 2019.
Lastly, I’m locked in the total era of Rap music and Hip Hops 50 years, but I dig my lane: Boom Bap, Boom Style, Boom Voice. You can tell that by the simple fact that our records stand the test of time without deferring to the trends of relevance. Enjoy Celebration of Ignorance and catch me 2019 on the road with Enemy Radio, Public Enemy, and Prophets of Rage, hopefully, maybe, doing these songs.

Bandcamp Daily  your guide to the world of Bandcamp

Little Brother joins the show to discuss their beautiful journey, plus tunes from Fat Tony